Recently, I had the opportunity to purchase the PowerAdd Pilot Power Bank. 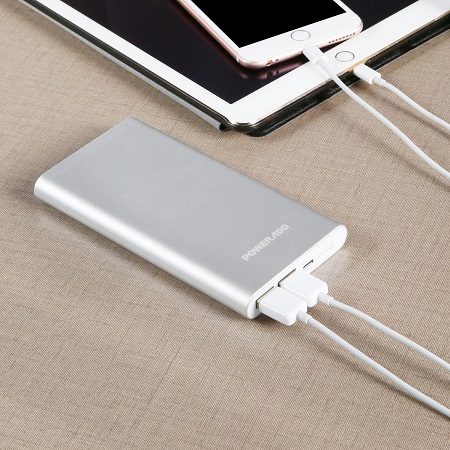 I was initially impressed with the price. $24.99 for peace of mind? SOLD! However, after using it for well over a month, I must say it’s not just the price that has impressed me.

Let’s Talk About What It Offers

There is a micro USB port that allows you to charge the device itself. Or, if needed you can charge micro USB-enabled devices. You can expect at least 500 charge cycles during the lifetime of this power bank.

The Power Behind this Charger is Fantastic!

When fully charged, the POWERADD Pilot Portable Power Bank can fully charge all iPhones 5 to 6 times, a Galaxy S4 3 to 4 times, or an iPad twice.

It takes around 10 hours to fully charge the power bank and if left unattended, the internal reserved power can last up to six months due to the high-tech grade A high-energy lithium polymer battery. This battery and built-in microchips totally protect the device from overheating, overcharging, and other malfunctions.

If You Are Searching for Compatibility, You’ll Find It Here

The Company Backs Their Product, Too!

POWERADD is dedicated to providing outstanding customer service. If you experience any issues, you’re encouraged to contact them immediately. Here’s what you get when you order:

POWERADD does offer a 24-Month limited product warranty and friendly customer service 24/7. Need an upgrade? Ask about the 5GS!

The shipping was FAST! It arrived in only a few days. It was also packaged securely. Here’s what I saw when I opened it up! 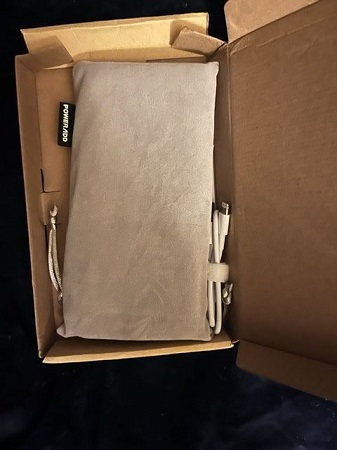 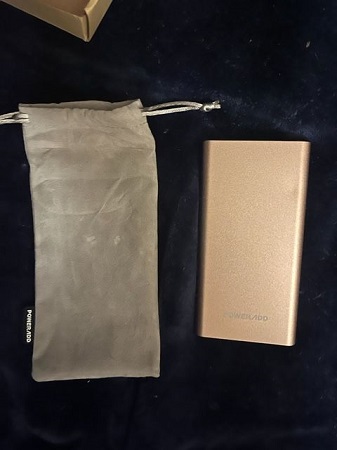 By the way, I received the rose gold and I love the color! It looks more pink on the website but it is actually rose gold. I also appreciate the soft protective, drawstring pouch it came in.

It isn’t heavy or bulky like a lot of power banks can be. It weighs in at under 10 ounces.

Power banks are relatively self-explanatory but I took a minute to look at the manual. It is easy to follow so no worries there.

My Experience With Charging

Over the course of a month and a half, I’ve used it multiple times to charge two iPhones. One and iPhone 13, the other a 7. On two occasions I let the iPhone 13 battery completely die to see how long it’d take to fully charge. The result: it took less than two hours both times

I’ve charged my Kindle multiple times and it’s also quite fast. I also charged an old Android phone several times after having let the battery completely die and that too was quick.

What I discovered is this power bank works just as fast as charging would take if I plugged my devices directly into an outlet.

A Note of Importance

Something else I discovered and this is important! I’ve not charged my power bank again since receiving it and it still has almost FULL POWER. Three out of the four indicator lights still brightly shine!

With regards to cords, I find charging cables to be a hassle. This one came with an attached velcro strap that makes storing it so easy. The cord is short though. It’s only a foot long. Depending on your setup, you might find that length a bit inconvenient.

If you choose to charge two devices at once, you will need an additional cord. The one that comes with your Apple device will work fine.

If I were rating the PowerAdd Pilot 4GS Apple Lightning 12000mAh Portable Power Bank, I’d have to give it 5 out of 5 stars. Aside from the cord issues, I honestly can’t find one single thing about it I don’t like and I tried! If you’re looking for an affordable, durable, and reliable portable power bank, this is absolutely the right choice.

Written By
Lisa S
I’m Lisa, Head of Content @ Review Roller. I regularly write here and I'm the girl responsible for ensuring that every article we publish is epic and useful.