Today, I am going to talk about AT&T Cordless Phone.

But first, listen to this:

An educated customer can make better-informed decisions, isn’t it? There is certainly a difference when we shop for items physically and buy them online.

While in the former, we can see, touch, and feel the product, in case of later, we just need to rely on the reviews of the product.

We review products by following specific guidelines, and only after we are satisfied with its genuineness, then we make suggestions to you.

One such product that we reviewed earlier was about the cordless phones. But we found that there is more to add in it.

We got many queries in our readers regarding the features of AT&T cordless phones, so we decided to write a separate review for it.

It is challenging to choose a particular cordless phone because they have a variety of models and a range of features. You might end up paying high for a feature that is not needed by you, or you might even miss out on an essential element.

Firstly, you need to decide whether you want an analog phone or a digital one. There is a voice clarity difference in both the devices, with each one having its pros and cons.

We have discussed it earlier in our review for the cordless phones.

But if you have already read about cordless phones earlier too, then we don’t want to waste your time re-reading it.

For your convenience, we are listing the pros and cons of using AT&T cordless phones, and later we will elaborate it in detail.

Let’s now discuss the above in more detail. 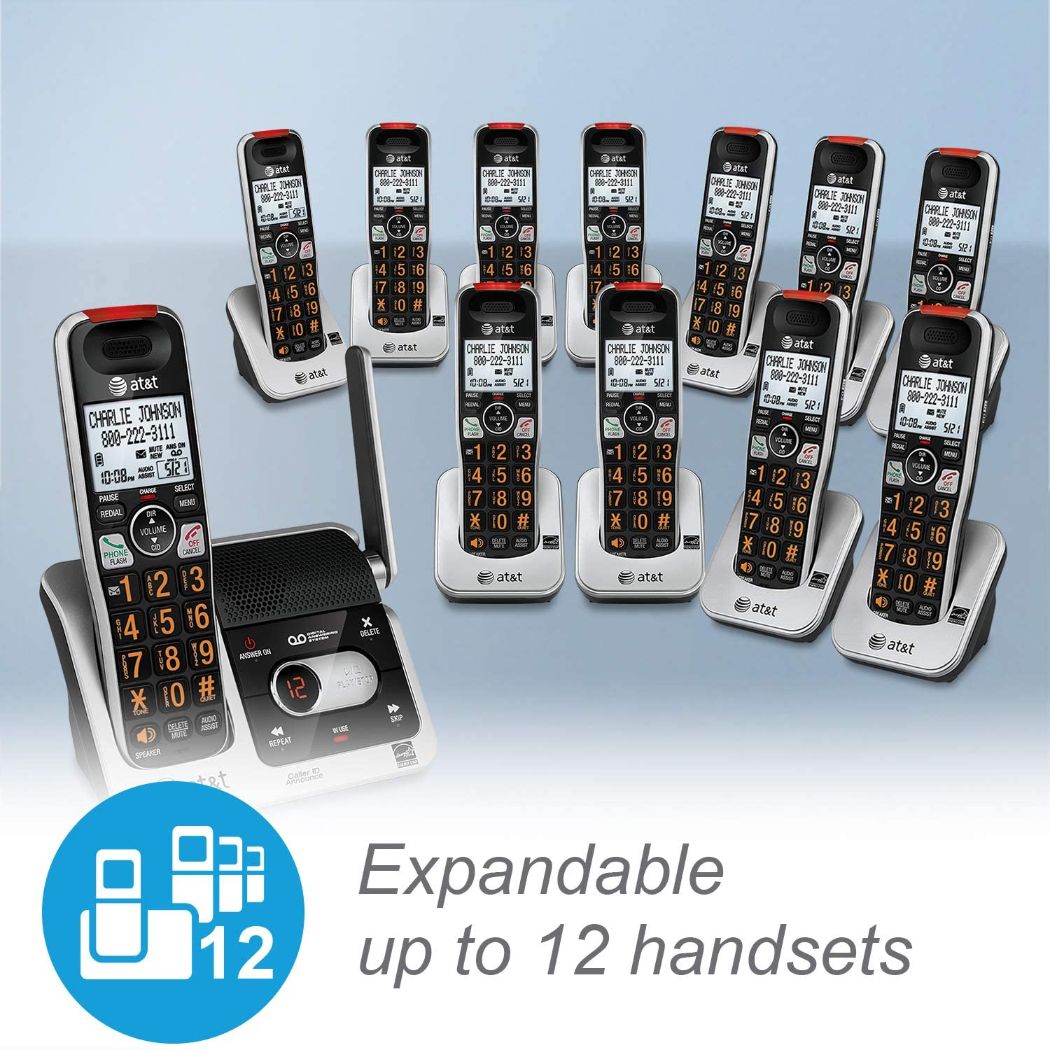 Expandable handsets: You can have 12 handsets in total. If you are using it for office, then this can be an added advantage for you.

Phone directory: It has a 50 name and number phone book directory. It is not clear whether they can be imported manually or entered manually.

Charging: The phone jack needs a base unit for charging. The chargers for the additional handsets need only AC power.

Stylish: Wall mountable unit saves space and adds to the decor. It helps to keep the desk space if you are going to use it in the office.

Battery saver mode: Eco mode gives you the option to save the battery. This feature can be useful in case of any power failure. 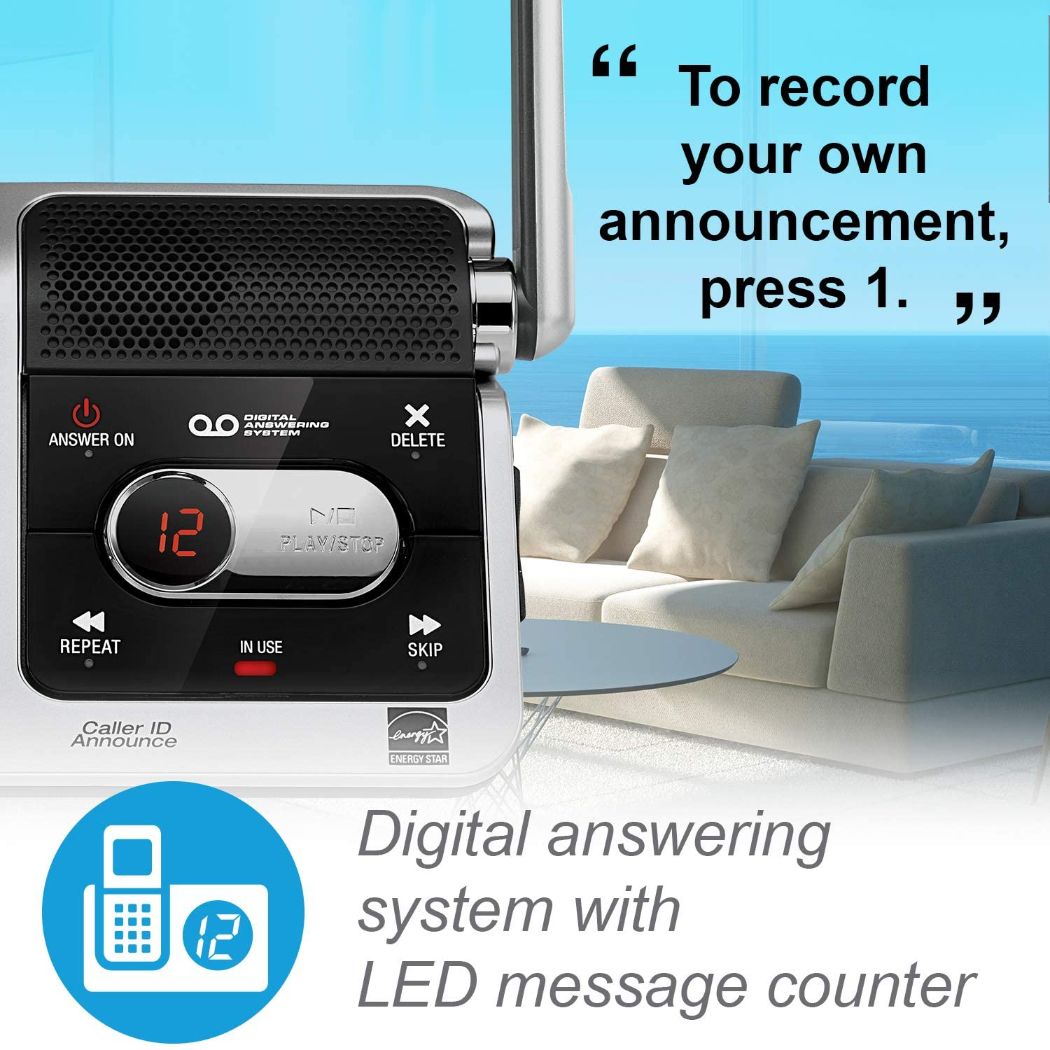 You can even set your voice message to be heard by the person who is calling. 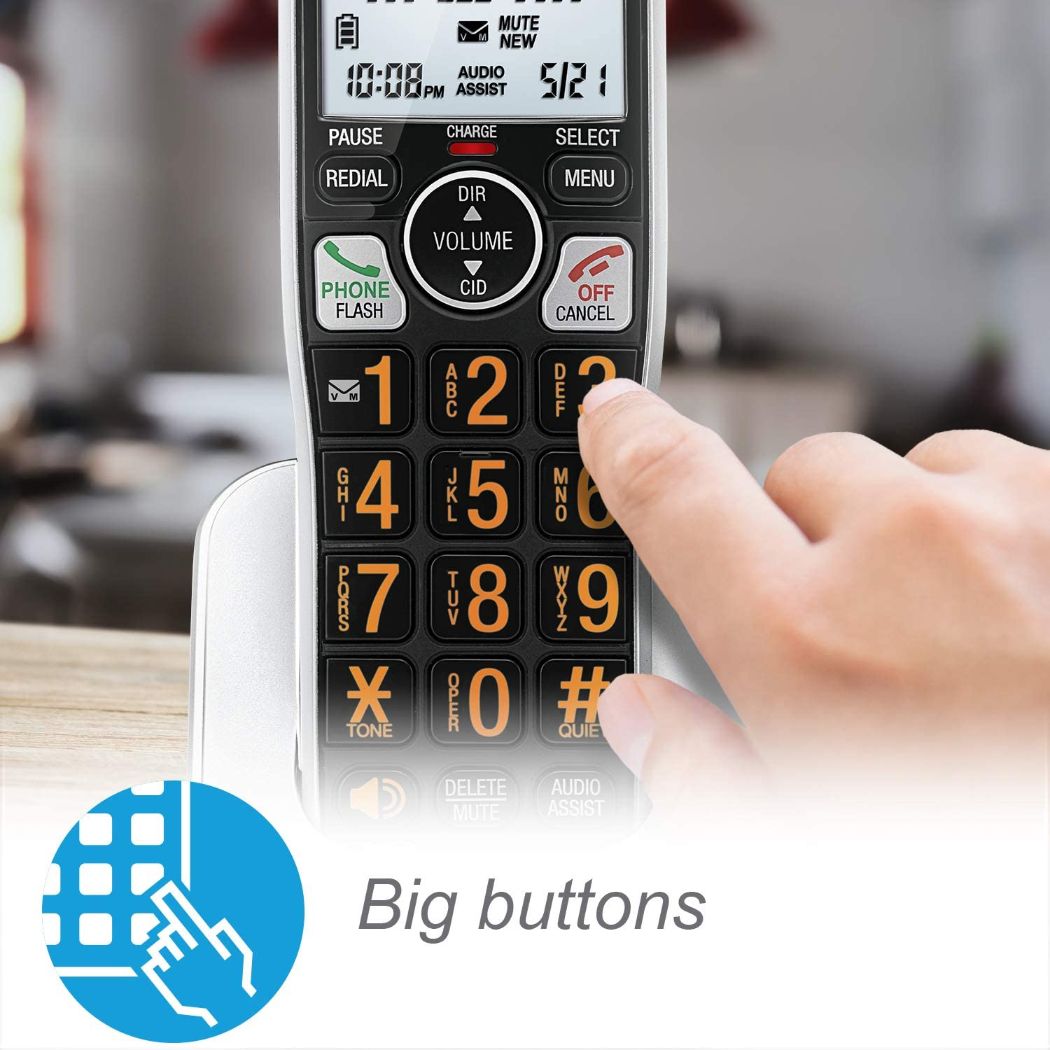 Large Buttons: Extra-large buttons with backlit keys make the keypad easy to use even in darkness.

Indicator: It has a ‘ Visual ringing indicator.’ It hints that someone is calling even when the phone is muted.

These indicators are useful, especially if you have small babies around you and need to keep the phone working but in a ‘silent’ mode so that it does not disturb their sleep. 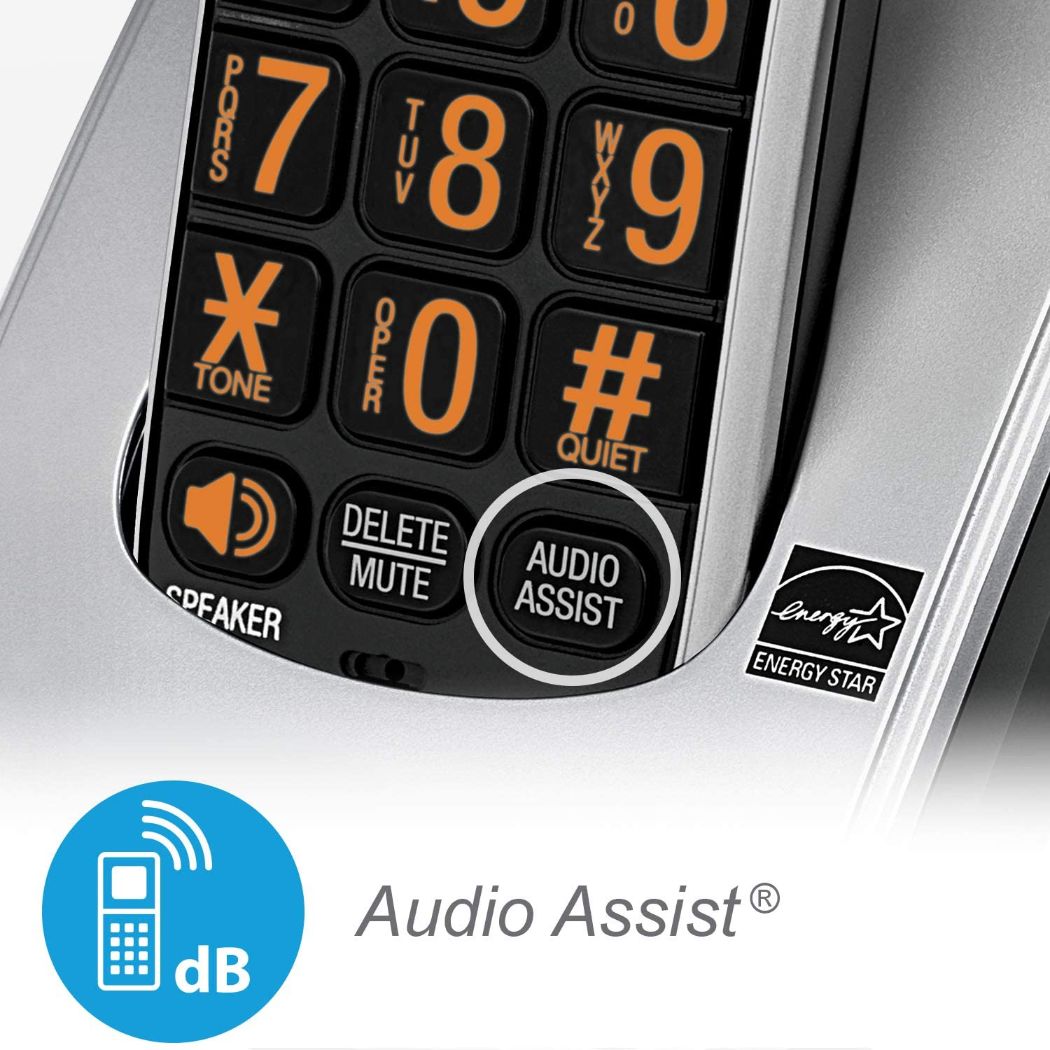 Flash-light feature: Suitable for hearing impaired or deaf people as the ringer shows the flashing light when someone calls, in addition to the ringtone.

Best for people with hearing disabilities: It is compatible with people using hearing aid machines with the smart ‘audio booster’ function. It increases the tone so that such people can hear clearly. 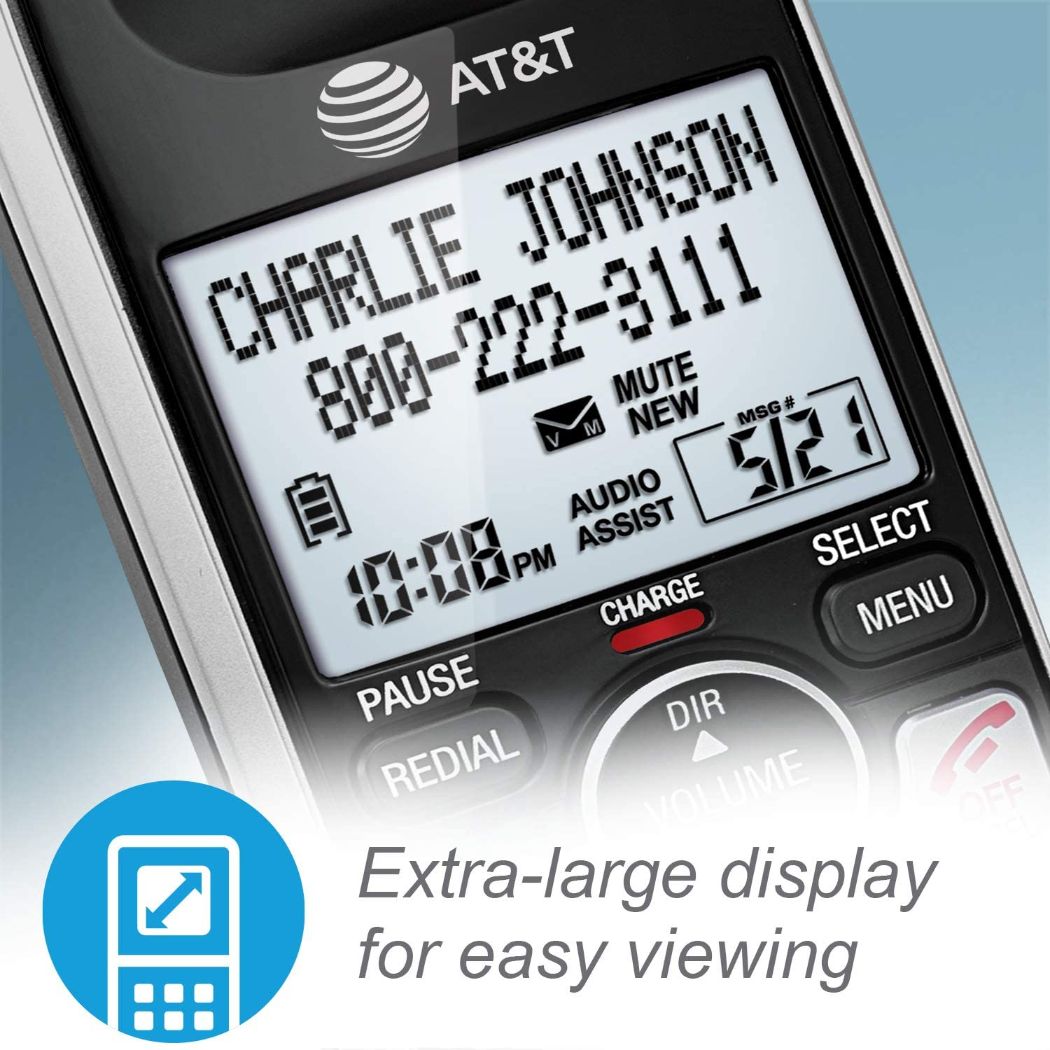 Indicator: It has a ‘voicemail waiting indicator.’ With this indicator, you can know that someone’s message is waiting to get delivered, and you can free up some space for it in the device.

The large LCD makes it easy to see who is calling. 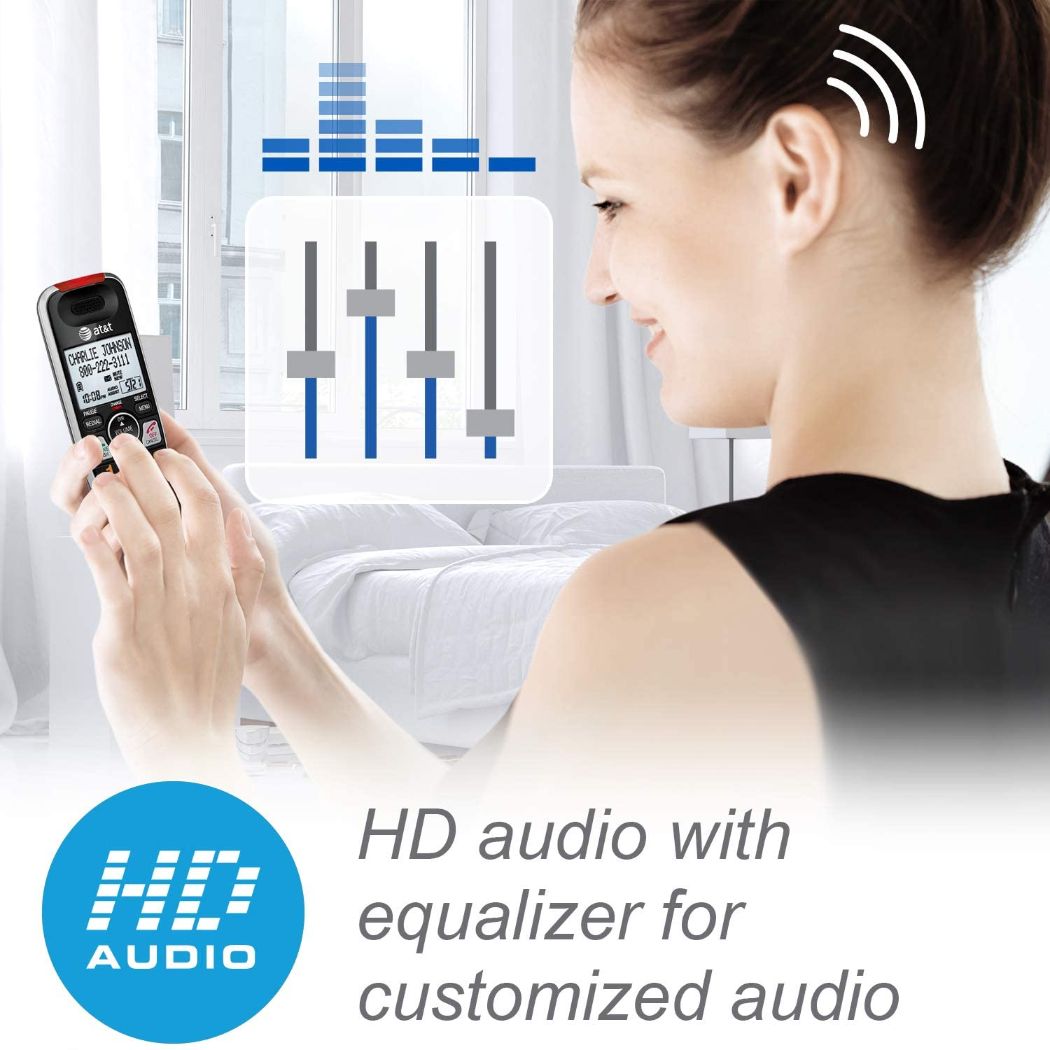 Customizable ringtones: You can set different tones for intercom and external calls to differentiate between them. 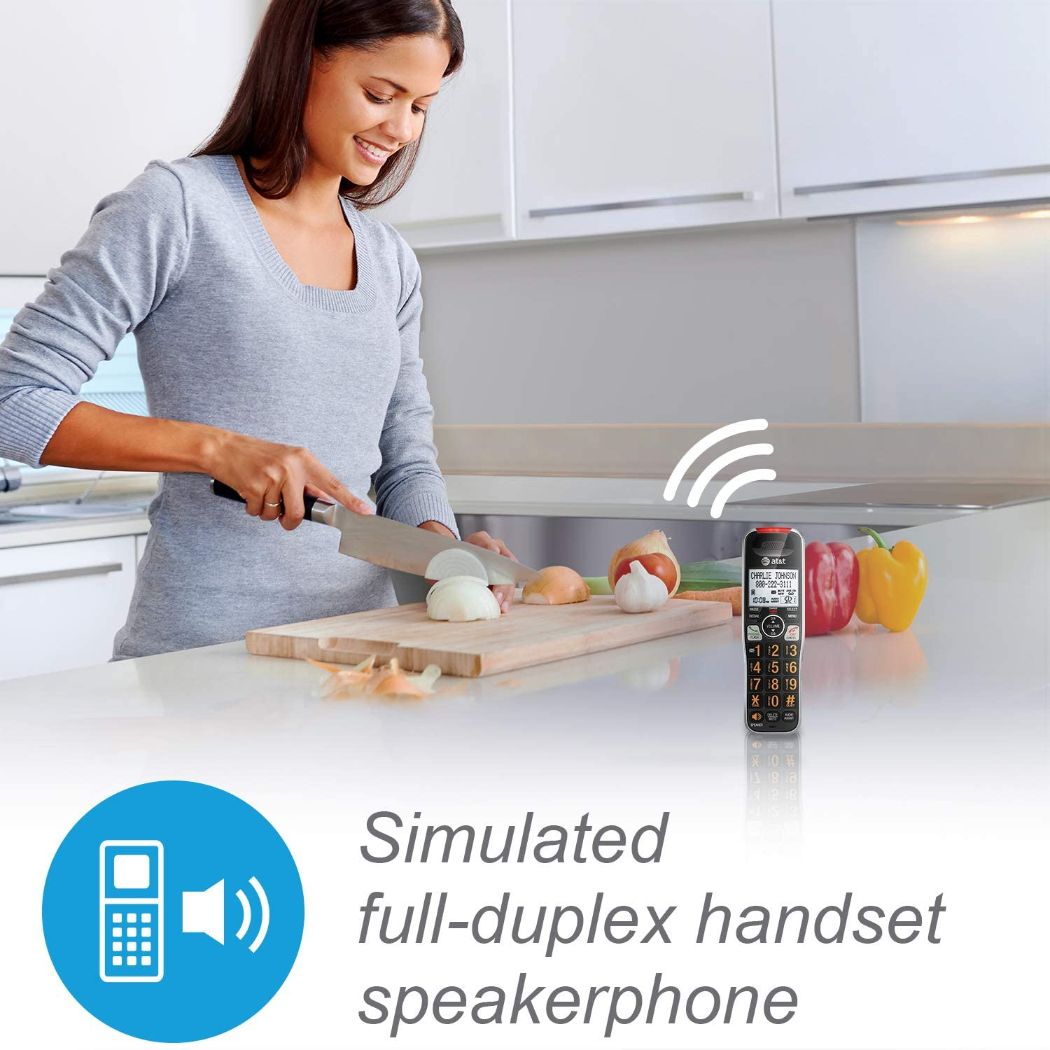 Speaker in the handset: It has a simulated full-duplex handset speakerphone. Due to which you can turn on the speakerphone even on handsets.

This feature can be helpful if you are multitasking.

Compatibility issues: New headsets are compatible only if they are from the same company, viz, AT&T. If you try to attach any other phone, then it won’t work.

Call blocking: It has no facility for blocking unwanted calls. This feature could have added to the functionality.

Annoying sounds: The instrument makes sounds when you try to change the settings. It could have been better if settings could be changed without making any kind of sounds.

Deletion of messages: You cannot delete unplayed recorded messages. This means you cannot ignore any messages even from annoying telecallers and need to hear them before removing them.

After analyzing the pros and cons in detail for AT&T cordless phone, we find that it has some of the great features.

The features like a speaker in the cordless handset and not only the base unit, flashlight to indicate that someone is calling even when the phone is muted, and the ‘audio assist’ function for the people with special needs.

On the flip side, we find that it could have been better if it had more contacts, storage facility, and laid clear cut instructions about it.

It is not clear whether the contacts are to be entered manually or imported through a cell phone.

Secondly, we find that it could have been nice if it had the feature of call blocking and deleting the messages even without hearing them.

Barring the above, we don’t find any issues with AT&T cordless phones. We feel it won’t disappoint you. Kindly let us know how you see it after using it.

See this phone On Amazon
X 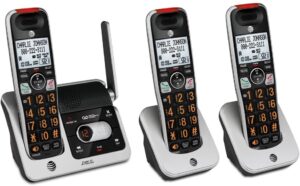 “The caller ID Announce isn’t perfect, but it is nice to know that I don’t have to run across the house to answer spam phone calls. Battery life on the handsets for looooong calls (two hours, plus) seems very good.”

Written By
Lisa S
I’m Lisa, Head of Content @ Review Roller. I regularly write here and I'm the girl responsible for ensuring that every article we publish is epic and useful.