To save you time, here’s a short list of the best wireless headphones we recommend.

Good wireless headphones can be used for just about anything: from making it easier for you to exercise, to taking calls, to listening to your smart TV, to simply enjoying music at its highest quality.

The best wireless headphones give you more mobility, are not obtrusive, and perform just as well as headphones with a wired connection. 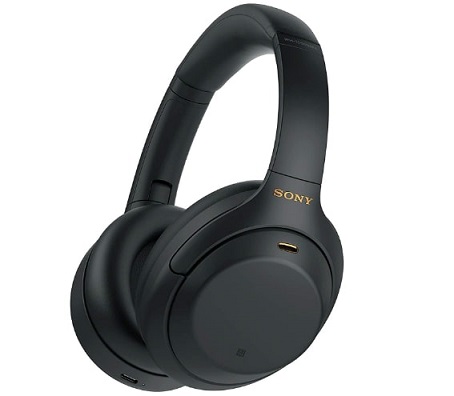 Sony is a leading maker of headphones, and a top provider of premium, high-quality wireless headphones.

These have a ton of cool features and high performance—so it’s no wonder it’s at the top of this list of the best wireless headphones.

This is nearly tied for first with a Beats model below, but edges it out slightly for a few reasons: 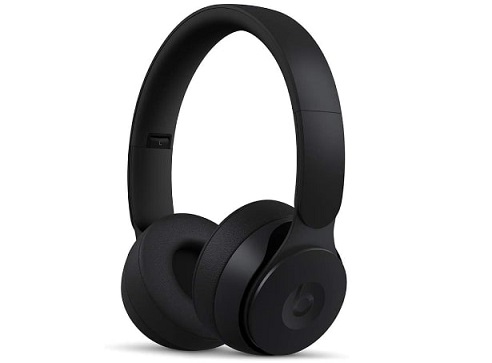 You’ve probably heard about Beats already, because they were very high-profile when introduced, and have influenced the headphone industry a lot.

To this day, Beats remains a premium, high-end brand, so it’s no surprise that it’s got a top spot on this list of the best wireless headphones.

In particular, these Beats headphones are the best wireless headphones for users of Apple devices. 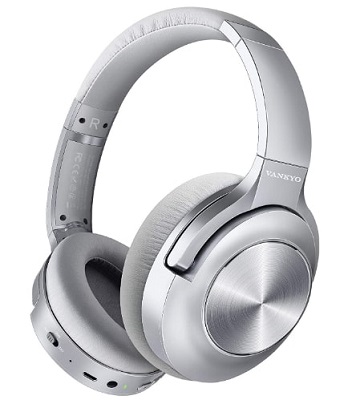 Vankyo’s wireless headphones are near the top of this list because they have been just as well received as the first two, but are a fraction of the price.

But if these wireless headphones have the same rating as the top two options, and are significantly cheaper, why isn’t it at the top of the list?

Because these are fundamentally less advanced wireless headphones. For some people, these should be #1; but for others, it’s not luxurious enough. 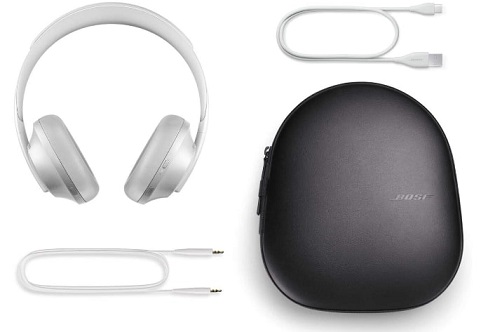 Here we have another option from a top-tier brand. Bose has been around since 1964 and since then has stuck to making high-quality audio-equipment.

So it should be no surprise that Bose’s wireless headphones have made it to the list. The only things holding it back: the price, proportionate to other similarly priced options.

But make no mistake, these are still some of the best wireless headphones around, and they may be the most advanced on this list. 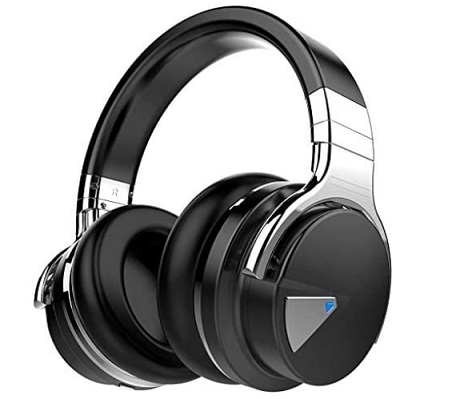 Cowin’s E7 wireless headphones are another great budget option. They’ve been very well-received, and are a best-seller on Amazon.

As with the Vankyo’s wireless headphones, what puts these lower on the list is that they’re not as advanced as more premium options. Plus, they’re not as well-received as the first three options, though again, they’re still very popular. 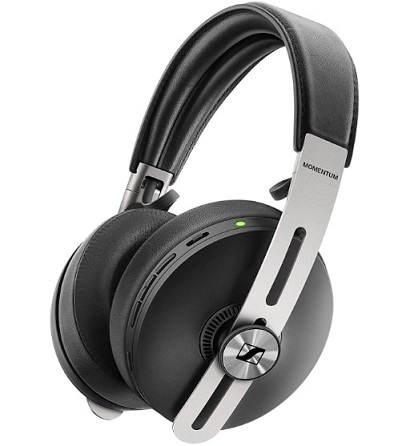 Sennheiser’s wireless headphones are another premium option. What holds them back on this list: more consistent complaints, relative to the price point.

Nonetheless, Sennheiser’s Momentum 3 wireless headphones have been positively received and are highly praised for their sound quality, so it’s no surprise it’s earned a spot on this list. 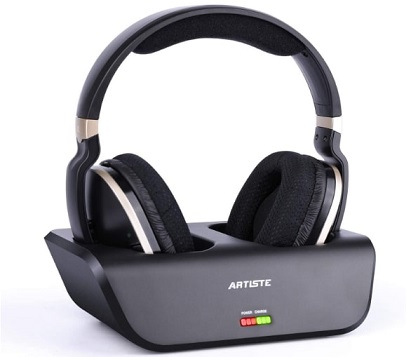 As you can see, ARTISTE’s wireless headphones stand out from the others on this list, being charged through a docked charging station.

But it stands out in another way: these use a different radio frequency than most Bluetooth types, which adds some unique pros.

The reason it’s at the end of this list is that it’s not as good as the others—but in the scheme of things, it’s still one of the best, and comes at a low price point. It’s especially good for TV.

Both of them provide excellent sound, have loads of cool features, and are from reputable, leading brands. Ultimately, Sony’s wireless headphones are just a bit better for the average buyer.

But remember that this is just an overall list, and your specific needs will probably result in a different order. So if you’re prioritizing price, for example, theActive Noise Cancelling Headphones VANKYO C750 Bluetooth Headphones would be best.

To help you figure out what to look for, check out our buyer’s guide below.

Buyer’s Guide: How Do I Buy the Best Wireless Headphones?

The basics of how wireless headphones work

Believe it or not, even though wireless headphones are a specific category of headphones, there are still a lot of differences between them.

The first wireless headphones were wireless because they used Bluetooth. Bluetooth is a technology that digitally encodes sound and transmits it wirelessly over certain (short) distances.

Bluetooth is NOT WiFi (wireless internet), by the way. They are similar in daily use, but not the same; you could use Bluetooth without an internet connection, and visa versa.

So on that note:

Should I get smart wireless headphones?

As said, there’s a range in how “smart” wireless headphones are. Sounds funny, right? Aren’t they all Bluetooth?

Well, yeah, actually. But, some are designed to be used in conjunction with smart devices, which themselves also support Bluetooth connections.

Additional characteristics include having the headphones manufacturer provide an app for mobile devices and/or computers, to go along with the headphones; and having extra features related to filtering noise and voices in and out, or a lot of touch controls.

So, there isn’t exactly a clear dividing line between smart and non-smart wireless headphones. It’s really a spectrum, a question of “more” or “less” smart.

Some people may NOT want smarter headphones for specific reasons:

One of them might be privacy. Smarter headphones find a lot of their utility in connecting to voice assistants from Amazon and Google. Some people prefer to avoid such devices, and those people would find a lot of the additional functionality wasted on them.

Plus, like I said, a lot of smarter headphones have you install apps from the company. Those apps may require you to give away privacy permissions so you can even use the headphones.

But another reason some may not want smarter wireless headphones, is just a personal preference for simplicity.

Such people would argue that a lot of extra features appear to make things easier, but actually make the user experience more annoying and complicated, especially when done poorly.

For example, tap-based volume controls are a frequent source of complaints on basically all wireless headphones, even the best. Let alone more complicated tap-based commands.

Plus, some people would only use their wireless headphones on a few select devices that they would probably use a headphone cord with anyway, like a phone, tablet, or computer: those people probably don’t have a huge need for super advanced headphones in general.

If you want to use your headphones with a smart TV though?

Well, generally, as long as your smart TV has Bluetooth capability, you could still connect it to wireless headphones. However, some smart wireless headphones still offer additional features that make pairing with smart TVs even better.

Lastly, the final major dividing line between the smartest wireless headphones and the most basic is…

Price. Of course. The more advanced your headphones, the more expensive they are.

There are intermediate options and exceptions here and there, but for the most part: the standard feature set of “smart” wireless headphones will start around $300. Less advanced ones frequently fall under $100, sometimes being as affordable as around $60.

So why would anyone get smarter wireless headphones at all?

Well, again, they’re great if you use voice assistants or other smart home products. Also, advocates would argue that once you get used to the controls, they’re far easier and more intuitive than anything else.

Plus, though smarter does NOT necessarily mean higher-quality, usually more advanced wireless headphones are also better in connection and sound quality. Meaning, a lot of people aren’t paying only for smart features, but top-tier quality plus features

How important is active noise canceling in a wireless headphone?

But, some companies are just referring to the basics of how headphones work, which is that they block out the environment by their physical design. It’s a bit of a marketing ploy.

If noise cancellation is what you’re really after, it’s best to pay attention to active noise canceling (ANC).

That might raise concerns from people who think it’s cool, but dangerous—what if you’re in an area where you need to be more attentive to your surroundings?

Well, basically all ANC headphones have an ability to turn off ANC. So if you want to be more mindful, or if you’re mostly working in a quiet environment, you can just switch it off. Some headphones even have different ANC levels.

ANC isn’t going to be 100% perfect, but it definitely can be better or worse. It’s worth paying attention to what customers say here, if active noise canceling is something you’re prioritizing.

One final note on this, however; good ANC generally is more expensive.

Ultimately, it’s most important that you pay attention to your own priorities. Is it bang-for-your-buck? Top-tier sound and connection quality above all else? Having loads of cool features?

Whatever your preferences, today’s wireless headphones can meet them.

“You put these headphones on and the worlds noise clutter instantly dissolves. Great sound reproduction AND the best noise cancelation in the business as I have the sony 2000xMk3’s and the comparison is night and day as the Sony’s noise cancelation is just about as good as last years Bose QC.”